Handy tips for your next move 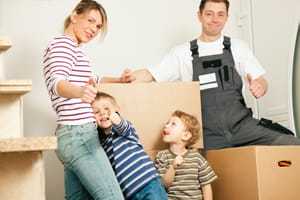 Do yourself a favour and don’t try to cram the entire move into 24 hours. It’s tempting to think that you can just load everything into a moving van and unload it at the new house, but it’s never as simple as that and inevitably things get lost or broken in the process, not to mention it is physically and mentally exhausting.

For a successful, stress free move, plan to spread your move out over a few days – or even think about hiring some storage for a week or two while you get settled. Certain tasks like culling rubbish and emptying drawers can be done ahead of time, as can some early packing of things you don’t use often. Moving over a few days also allows some extra time to ensure the new property is vacated properly and cleaned before you have to move everything in.

It can be tempting to leave those drawers full and in your desk or chest of drawers, in order to reduce the amount of packing and unpacking you need to do. Don’t give in to this temptation though as it can make moving your furniture significantly heavier. Use it as an excuse to go through and declutter a little. The same applies to your refrigerator. Refrigerators are very heavy as it is, ensuring they are empty prior to moving is essential. Not only does it reduce the weight when moving, it also prevents breakages. Opening your refrigerator at your new premises only to find it full of broken bottles of sauce is not going to be fun.

Making a checklist is probably the single most useful tip we can give you! There is so much to do during a move that it is inevitable that something will be forgotten or left behind, particularly if you haven’t made a checklist and aren’t ticking off items and tasks as you do them.

Do yourself a favour and declutter before your move. There is nothing more frustrating than spending your time packing and unpacking boxes of junk that you don’t really want or need and could have thrown out. Start decluttering one room at a time in the weeks leading up to your move. Throw out old paperwork you no longer need and donate those clothes that you haven’t worn in years to charity. It makes for less packing on moving day and less clutter in your new home.